When a "Community" hurts "THE" Community 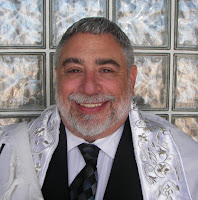 Over the course of the many months that I have written this Column, I have had occasion to write about happy and sad times; I have had opportunities to introduce you to new artists and community events; and even have taken you into parts of my life and shared them with you.

None of these, however, even begins to compare with the sadness and shock of an event that I witnessed this past week, when a Jewish company took such advantage of another Jew, that the ugliness of their practices bodes us to not only pay attention, but to take action, before it is too late.

This "Community" company, (whom I may not name directly, under threat of reprisal from them), labels itself as amongst the most Observant of the most Observant; a company that in fact places itself at the highest level of Holiness by judging who is Kosher and who is not; and providing Hashgacha, on site inspectors who supervise a restaurant's activities.

Rather than opine at the moment, please permit me to simply tell you what happened this past week, and how it transpired before my very eyes and ears:

I went into a known Kosher restaurant in the Los Angeles area around 2:30pm one day this past week. I approached the counter, looked at the menu on the wall and ordered the "Lunch Special" which consisted of a hamburger, fries and a fountain drink. I was told by the counter girl that she could not prepare that for me as the "Rabbi was blessing the place". She looked over to three men sitting at a table and I approached, introduced myself and made it known that I have eaten there before; that I know it to be Kosher; and that I was accepting of the fact that a "Re-Hechshering" was in progress, but that I trusted the owner to not sell me non Kosher food, and asked that they please prepare the hamburger for me.

When I exited the restroom, I was again told that they could not prepare this order, but that I could have some Shawarma from earlier in the day, before the procedure had begun. Not wishing to find a different restaurant, I ordered the Shawarma and sat down to eat.

While seated, I heard the three men talking. The restaurant owner was pleading with the other two men, one American and one Israeli, to allow him to open and sell food. The two men say there and listened, but offered no solution. Two or three minutes later, the American said "I understand that you are upset. Let's do this, if you agree to buy the pans now, you could be open in no time. In fact, you could be open right now if you would just buy the pans."

My friends, I thought that Tony Soprano was sitting at that table. I felt as if I was in a scene from a Coppola movie, or that Ray Liotta was going to jump out of the back with a sawed-off and save the day. Did I hear right? Was the owner of this small Falafel stand being extorted?? And, if so, could this possibly be done in the name of Torah??? NO WAY, I told myself, and then, I felt compelled to ask these guys, and ask I did.

"Why are you keeping this man's restaurant closed?" "Because he is not yet Kosher", I was told. "Why is he not yet Kosher?", I asked, "He has been Glatt Kosher for YEARS", I continued. Their answer blew me away. According to this man, Larry Somebody, the restaurant was not Kosher enough, and the pans in question (drip pans used UNDER the Shawarma Rotisseries, NOT for food that would be eaten) might have come in contact with something bad, I was told, and therefore, the restaurant was not Kosher until he said that it was Kosher.

I returned the following day and the owner thanked me for trying to help him. The Israeli man was back and sitting at the same table, while playing with his iPhone and getting up occasionally to make a plate of food (which, no he did not pay for). This "on site inspector", by the way, earns $15 per hour, paid by the restaurant, which is in addition to the $675 per quarter that the restaurant pays the "Community" for their super supervision.

I asked the owner what had transpired. Why did he feel compelled to change Kashrut companies and was told by him that he had been approached and advised that were he to not change to this "Community", "The Ashkenazim would not patronize his store", thus, causing him financial loss.

Those are the facts. That is what I saw and what I heard. I called this "Larry" person on Wednesday morning, and informed him that I was going to write about this incident in my Column, and was warned that should I publish this piece, I could be hurting my new friend the restaurant owner. Now that this has published, let's see what happens.

My friends, we all know that we live in a time when we cannot afford to fight each other. We are constantly and consistently being threatened by both Arab States and renewed World Anti-Semitism. We are facing possible passing of a maniacal new law in Israel that could affect the legal conversions of thousands of Jews, and we are living in an ages where the Presidential Administration, for the first time in history, is clearly Anti-Israel and Pro-Palestinian (read: Terrorist).

We are facing the largest number of Jews who are non-affiliated in history, and every day, we hear of yet another Shul closing its doors.

These are the times that we must be united. This is not the time that we can sit back and watch the world go by. This is the time that we must stand strong, together, and take action to prevent these situations. I ask and urge you to speak with the restaurants owner(s) the next time that you dine in a Kosher restaurant. I urge you to ask who supervises them, and I implore you to ask them if they have been treated in such a way and to pay attention to their answers. I urge you to speak with your friends and neighbors; your Rabbis and teachers. I ask that you please forward this Column to everyone that you know and that you make this serious issue known throughout your Community. Maybe it can be a start to ending this corrupt and horrible behaviour.
As a footnote, I can tell you that in looking at the Community's website this evening, I noticed that several pages (listing which restaurants which they supervise, for instance), have been removed, and that in the past few days, much of their website is no longer functional. Maybe this is a good thing.

With Ahavah u'Vrachot, Love and Blessings from the Left Coast and Sunny Southern California, I bid you Shavuah Tov; a good week. May magical good wishes find you as always.